Guide to living in Box Hill

Box Hill, in Sydney’s outer north-west, is undergoing a major transformation thanks to a huge population boom across the Hills Shire. Just five years ago, Box Hill was home to just under 1,000 residents.

Today, thanks to the popularity of neighbouring suburbs, the expansion of the Sydney Metro Northwest rail line, and plans for a major new mixed-use town centre, Box Hill’s population is expected to surge to 23,567 in the next 15 years. That’s a staggering increase of almost 1,700%.

Michelle Clifford, Rawson Homes’ general manager for the Sydney region, says that with suburbs such as Rouse Hill and The Ponds reaching capacity, families are looking for new opportunities in the rapidly growing north-west.

“Box Hill has long been earmarked for major change and improvement and we’re starting to see the fruits of that investment in master-planned residential communities, new schools, shopping districts, better connectivity and state-of-the-art employment hubs,” she says.

“Despite all this development, Box Hill still offers that beautiful scenery and country feel that’s incredibly appealing to families looking for a slower pace of life and more space to play.”

Box Hill’s transformation from agricultural heartland to sought-after suburb has been underway for more than a decade but kicked into high gear last year with the opening of the $7.3 billion Sydney Metro Northwest line, which brought rail services to nearby Rouse Hill for the first time.

Long-promised investment by the state government is beginning to take shape with new schools, parks, sporting facilities and shopping precincts in the pipeline. Box Hill’s proximity to the more established Rouse Hill also puts residents within a short walk or drive of an already thriving dining and retail centre and plans for a state-of-the-art hospital.

A $3 billion project to transform the nearby Norwest Business Park into a ‘smart city’ is also underway, combining housing, retail and workspaces that will be serviced by a fully integrated transport strategy (including driverless shuttles), new healthcare technology, off-grid energy options and high-speed public Wi-Fi.

Box Hill’s transformation is proving a major drawcard for families looking to upgrade to the home of their dreams with proximity to excellent amenities and a strong community vibe.

Rawson Homes’ Box Hill display village and HomeWorld Marsden Park showcase a variety of spacious home designs, each with floorplans that have been cleverly zoned for families – whether it’s an extra living room for the kids or separate accommodation for multigenerational families. 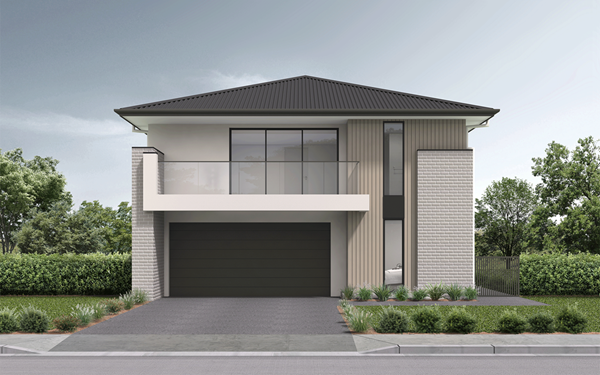 The Marbella, at Box Hill, has a private lounge set apart from the main living and dining area at ground level, while the second storey rumpus room is positioned next to the master suite so parents can keep an eye on the kids from their own retreat.

The Keough has also been designed with large households in mind, with three separate entertaining zones and a fifth bedroom on the ground floor with its own retreat, making it perfect for guest accommodation or a spacious office for those 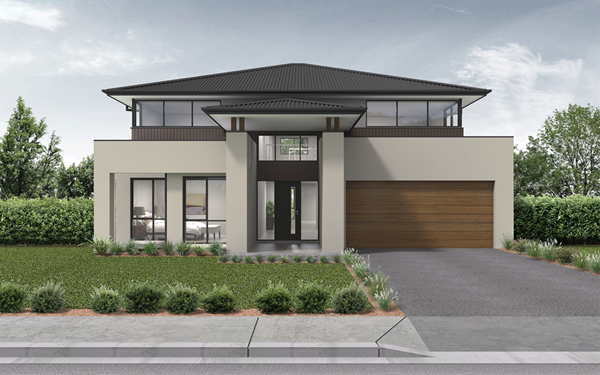 Box Hill residents are currently serviced by government, catholic and independent primary schools in neighbouring Rouse Hill, Riverstone and Schofields, with several more in the pipeline.

Box Hill is located just under 50 kilometres north-west of Sydney’s CBD. Motorists are well connected to the city via the Hills M2 Motorway, while public transport users are serviced by local bus routes to Riverstone and Rouse Hill. Metro trains from Rouse Hill station will have commuters at Chatswood station in less than 35 minutes, and in central Sydney in just over an hour.

Early risers can take their pick of brunch menus from The Leaf Café & Co, The Bakehouse North Kellyville and even get a haircut with their smashed avocado at Blends & Brothers. Fresh & Simple café also has a strong following for their hearty salads and top-rated burgers.

Rouse Hill Town Centre has a great range of casual dining options covering a variety of cuisines, while local pubs the Ettamogah Hotel, The Fiddler and the Australian Brewery are always packed with families on the weekends.

Shopping and leisure near Box Hill

The Hills shire boasts a network of bushwalking tracks that range in difficulty and are a picturesque way to explore the local area.

Families will be pleased to find new parks, playgrounds and sports fields popping up as Box Hill’s new estates begin to take shape, and a multi-million-dollar sporting complex at Water Lane Reserve will provide facilities for AFL, athletics and a variety of community sport and recreation activities. Golfers are also spoilt for choice with Castle Hill Country Club, Windsor Golf Club and the historic Richmond Golf Club within close proximity.

Rouse Hill town centre is well equipped with supermarkets and specialty retailers, as well as a good selection of restaurants and a Reading cinema. Nearby, Castle Towers Shopping Centre has a wide variety of fashion and home retailers, while Marsden Park’s shopping precinct puts retailers such as Ikea and Costco within a 20-minute drive.